If your industrial facility uses a cooling tower, whether it's for HVAC-related cooling or to manage heat produced by machinery, then you should understand it's construction on a basic level. There are many parts and pieces that go into a cooling tower, whether it's small enough to pass as an air conditioner or an actual meters-high tower, but three important pieces to discuss are the fill media, the fan, and the water level controls.

Fill media are the parts of the cooling tower that break up or reorganize the water within in order to more effectively cool an area. Cooling towers take in heat from their surroundings or from machinery and allow the heat to be absorbed into water, which is then allowed to evaporate. This evaporation is more efficient if, for example, the water is spread out, increasing the surface area to be evaporated. There are many different options for fill media for your cooling tower based on the cooling method used and the parameters of your tower, so be sure to ask your supplier which option would work best for you.

Another important part of many cooling towers is the fan. Unless the tower relies on natural drafts and air, fans are used to add air to the tower and allow the water and heat stored within to more efficiently evaporate. As with fill medias, the fan used in a cooling tower depends on the size and height of the cooling tower, as well as the evaporation method. This includes fans that allow air to circulate between the tower and the environment as well as those that simply force air into the tower. Some towers even take advantage of natural methods and fans together, allowing moist air to rise out of the tower with fans installed to assist the process.

Finally, water towers typically have automatic water level control switches, or float switches, installed. These allow for the tower to perpetually have a minimum amount of water inside as it evaporates over time. Once the float valve detects that the water has gone below a certain per-determined point, it allows an intake valve to add more water to the fill media. Once the water fills above that same point, it closes the valve and stems the flow. Automatic water level control switches are essentially an industrial-scale version of the very same float valve in your toilet tank.

Cooling towers are an important part of many industrial facilities, and their parts are an invaluable resource as well. These parts include fill media, to essentially re-organize the water within the tower, fans to add airflow, and float switches to manage the water level. Contact a cooling tower part supplier near you today for more information. 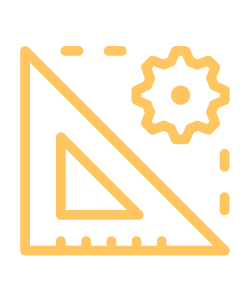 Where do you think we would be if the manufacturing industry shut down? We would not have new cars or buses. The packaging that our food comes in would not be available, and even things like children's toys and clothing would be in short supply. Going back to making everything by hand would be quite the burden, so we really rely on the manufacturing industry for quality of life and peace of mind. You don't have to work in this industry yourself to become more informed about it. Learn about the people and companies that make the products we adore on this website.